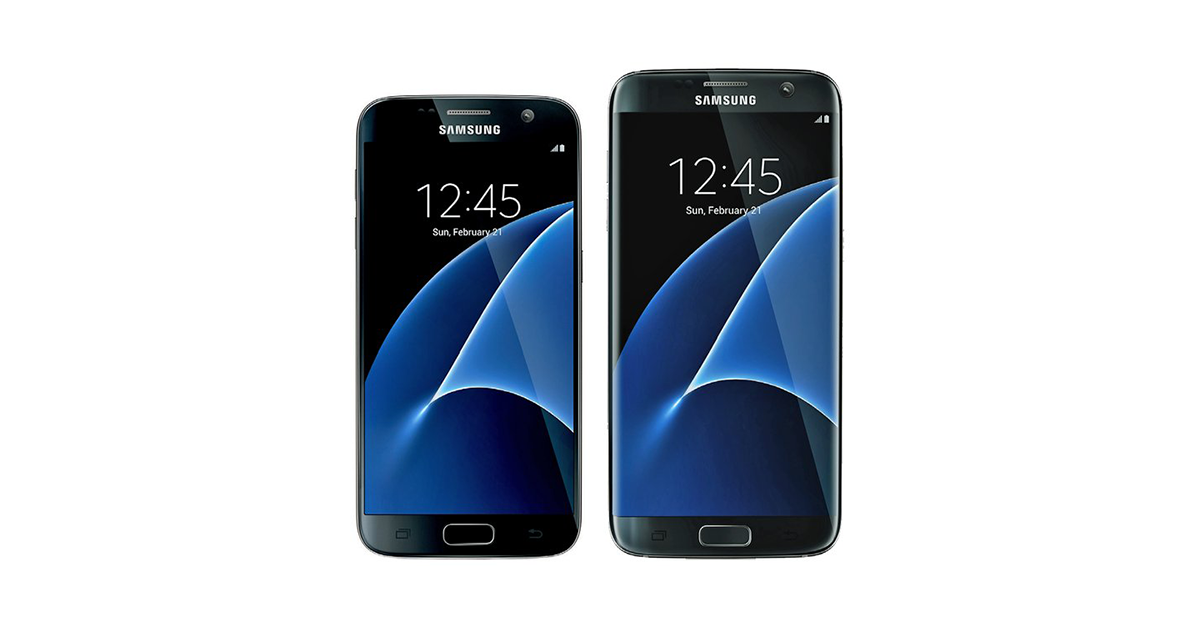 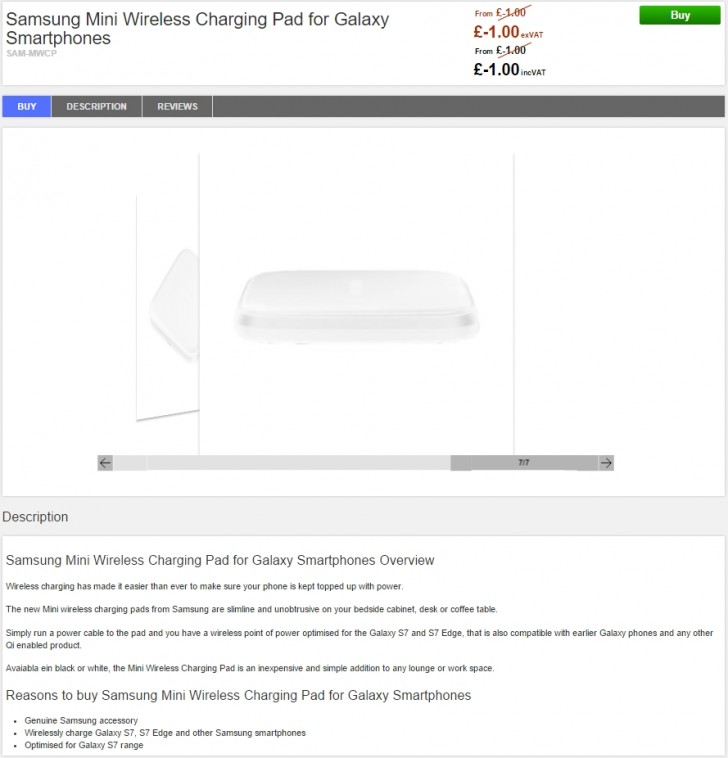 Does the Samsung Galaxy S7 have Wireless Charging?

Yes the description mentions that you can “wirelessly charge Galaxy S7, S7 Edge and other Samsung smartphones” and that it’s “optimised for the Galaxy S7 and S7 Edge”. However, we really don’t think that this Charging Pad will be available for -£1.00 😉

It seems like Samsung is going to continue to support Qi and will integrate it in their new flagships as well. We’d love to see the new Galaxy S7 / S7 Edge supporting Qi Wireless Charging and hope that this proves to be true.

UPDATE (17/02/2016): A full-length advert for an unnamed phone (probably the new Galaxy S7) was released on Samsung Indonesia’s YouTube channel and shows a device wirelessly charging. We can’t wait to see the new flasgships supporting Qi as well!

UPDATE (22/02/2016): Samsung officially unveiled their flagships at MWC in Barcelona and both smartphones have Qi built-in. In addition to this, the company also offers an additional battery back pack (2700 mAh Galaxy S7 / 3100 mAh Galaxy S7 edge) which has Qi integrated as well.

What do you think about the new Galaxy S7 / S7 Edge? Should Samsung continue to support Qi and integrate it into their new flagships? Please share your thoughts in the comments below!