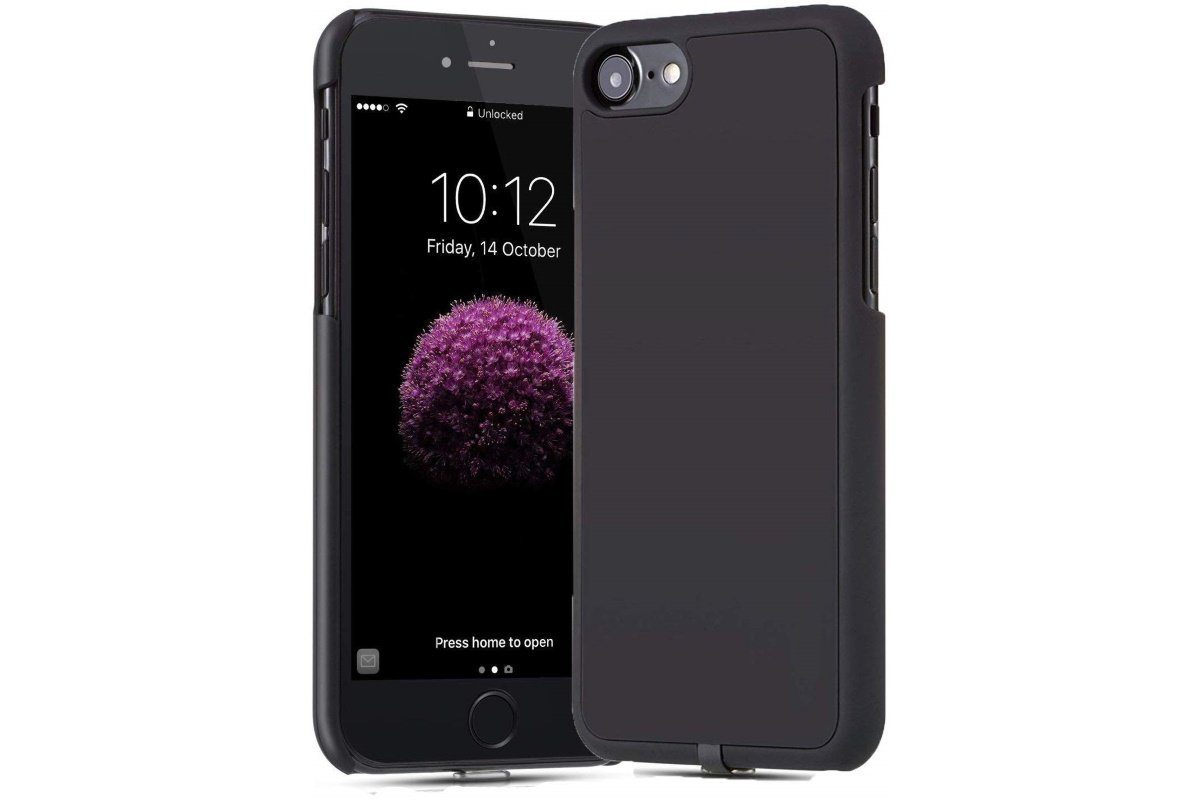 Not all smartphones support the wireless charging standard called Qi but some older models can be upgraded with a special Qi receiver or Qi case. Modern high-end smartphones are now mostly equipped with the Qi standard by default. Other mobile phones that can be upgraded with the inductive charging standard often have electrical contacts on the back where the Qi receiver must be placed. An overview of all Qi-capable smartphones can be found here. In this article you will learn all about Wireless Charging Adapter and Qi phone cases for adding the wireless charging technology.

How to Add Wireless Charging?

The easiest way to add a non-compatible smartphone with the Qi standard is to use special Qi adapters that are connected instead of the charging cable such Qi adapters for plugging in, but of course do not provide the full comfort of wireless charging, as they are not permanently connected to the phone. An alternative is offered by Qi battery cases, some of which have an additional charging port. Here you will first find the common Qi receivers or pads for adding the Qi standard:

Does Wireless Charging work with a Phone Case?

Wireless charging is also suitable for use with a mobile phone cover. Still there is something to consider here: If there is metal in the mobile phone cover, it shields the electromagnetic waves of the inductive charging technology and prevents the mobile phone from being charged wirelessly. Other materials, such as plastic, silicone or leather, are no problem for this technology for the time being. A relatively thick sheath of more than 5mm can cause breaks or slow down the wireless charging process. Even cheap Qi chargers or those with low power (5 watts) are more susceptible to being used with a mobile phone case. Older and standard chargers, on the other hand, have no problems with the usual cases and cases on the market.

Accessories: What is a Qi Case or Wireless Charging Case?

A Qi Case is a case that has been specially designed as accessories for one particular phone model with a built-in Qi receiver for wireless charging using the current Qi standard. Not only does it protect your phone from damage, but it can also be upgraded with the wireless charging standard two benefits in one. With Qi cases, an induction coil is embedded in the charging case and connected to the smartphone by cable, so that the received energy can be transferred to the device’s battery. A disadvantage of Wireless Charging mobile phone cases is, however, that the power connection of the smartphone is usually permanently occupied. Therefore, some Qi charging cases have an additional charging socket or an additional connection built-in.

When searching for a suitable Qi cover, the respective model name of the mobile phone should always be included, so that the right model can be found quickly.

Here you will find a quick overview of currently popular or common Qi mobile phone cases for adding the Qi standard:

As one of the most popular smartphones, Apple’s iPhone, was only equipped with the wireless charging standard from the 8th generation onwards, iPhone Qi cases are often in demand for upgrading earlier models. Especially Qi Cases for iPhone 7 and iPhone 6 are available on the market. Well-known manufacturers in this area include the German supplier hardwrk and the Chinese supplier Nilkin. A unique form of the Qi cover is the so-called battery cover, which offers a further advantage: It combines the protection of the smartphone, adding the Qi standard and extends the battery performance by an additional battery in the cover. Qi battery cases are available on the market with different capacities, which are indicated in mAh. Standard models have between 2000 and 5500 mAh.

Especially hardwrk would be mentioned here as a well-known manufacturer, who recently introduced a model with a magnetically adhesive battery. So you can freely decide whether you need an additional battery or not. Because a Qi battery cover is significantly thicker and heavier than a conventional Qi cover due to the built-in battery. So you always have to take into account the aspect of common usage in everyday life. You can find an overview of common Qi battery cases under the following link:

What do you have to consider when adding Qi Wireless Charging?

With Qi-receivers it is useful to note that combinations in which the Qi-receiver and Qi-charger are from the same manufacturer, i.e. have been tested and designed for each other, usually have a slightly better efficiency however, this is not absolutely necessary and the technology is constantly developing anyway. Often the product descriptions of the respective suppliers, such as Amazon, refer to matching accessories or sell the Qi receiver and Qi charger as a set for the respective smartphones.

Whether non-compatible mobile phones can be upgraded with the Qi standard remains to be seen special batteries that have an induction coil already integrated as a Qi receiver and would replace original batteries could be a solution for this. Another solution is special protective cases equipped with an induction coil and a USB or Lightning connector as its the case with the Apple iPhone.

Especially for popular Smartphones you will find proven Qi Cases or Wireless Battery Cases nowadays. Most Qi receiver and cases have 1000 mAh power, which is the 5 watt qi standard and the lowest level. Hopefully there will also be Fast Wireless Charging Adapters soon. In the future, we will keep you informed about developments in the market of Qi adapters for adding Wireless Charging to non-compatible smartphones. We will report as soon as possible, when universal fast Charging Qi Adapters become available.