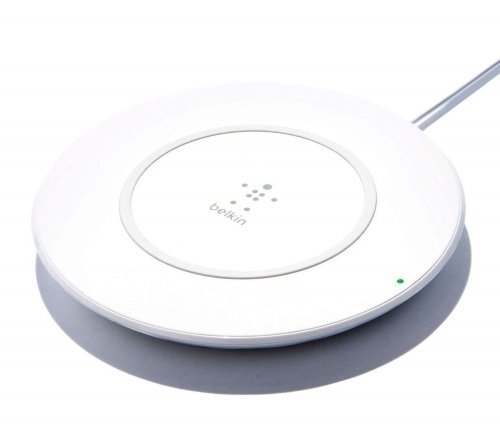 In this article you will find all the information you need to find the best Wireless Charger for you. Wireless Charging is currently well known in the field of mobile phones and gadgets, such as Bluetooth headphones or smart watches but this area is also gaining in importance in the field of electro mobility. The technology is used for the wireless transmission of energy and is already familiar from other areas of everyday life. Especially since the end of last year, wireless charging has been gaining momentum as a topic in the media. After Samsung, Apple has finally decided to adopt this charging standard.

For a long time, the end consumer has come into contact with the subject of charging by induction, mainly through electric toothbrushes, more precisely since 1990, but probably somewhat unconsciously. Many people in the kitchen are already familiar with the induction stove. Now this technology is becoming much more prominent, since it affects what is probably the most popular electronic helper our smartphone.

Since 2008, the Wireless Power Consortium (WPC) industry association has been the umbrella organization for the so-called Qi standard (pronounced “Chi”), which has now clearly prevailed over competing standards for inductive charging. It is now installed in many common smartphones of the upper classes. The Qi standard uses the method of so-called inductive coupling, which in electrical engineering describes the principle of mutual magnetic influence between two electric circuits sounds too complicated? Don’t worry: We will explain everything you need to know about it here. Other standards for wireless charging are also available, but they have not been able to gain widespread acceptance, so that we will concentrate on the Qi standard here. 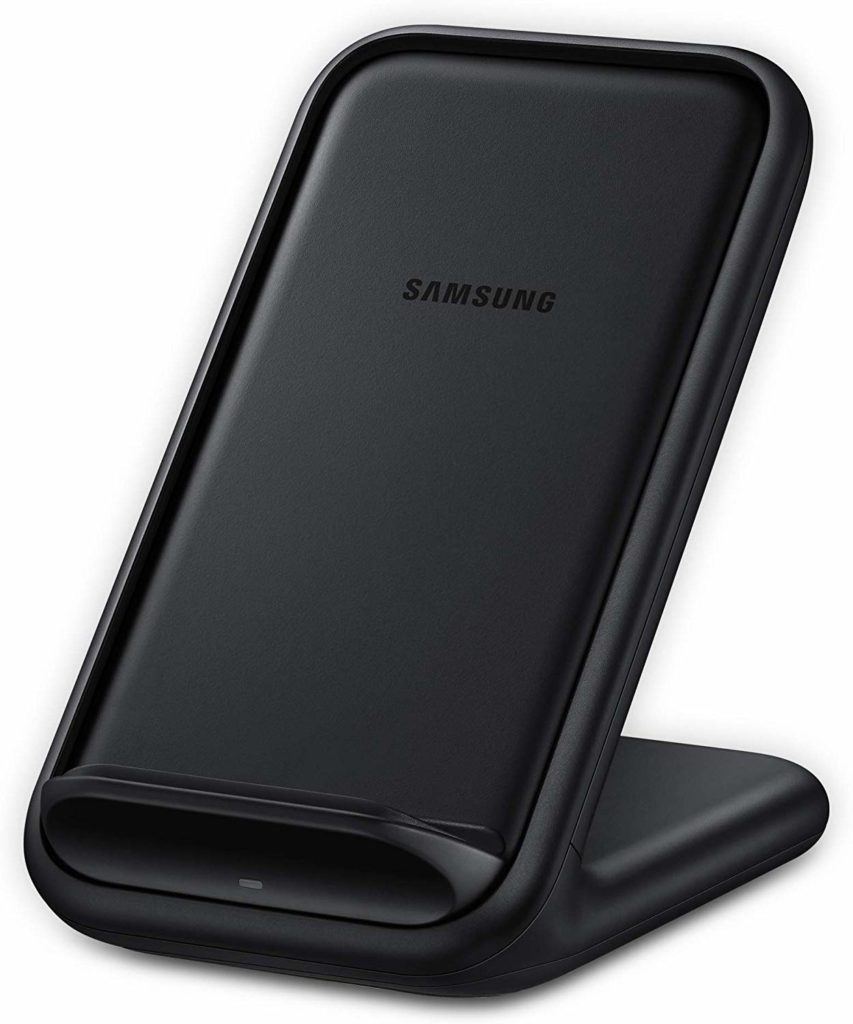 After Samsung entered the market early on as a premium manufacturer and has since launched reliable models every year, well-known third-party manufacturers now also offer inductive charging stations. Especially from the smartphone accessories sector, well-known manufacturers such as Anker, but also Belkin currently offer reliable models. Nokia had also brought its first models onto the market and was one of the first major manufacturers on the market. First and foremost, the inductive Nokia “charge pad”, with a somewhat unusual design that has remained unique ever since. However, these models are now considered obsolete and have not been replaced by new ones since the company was sold.

What is a Wireless Charger?

An inductive charger, also known as a Qi Charger, is the opponent of the Qi Wireless Charging Adapter described in the section above it sends the energy to the smartphone or other Qi capable device without contact. “Qi-capable” here refers to the underlying charging standard for smartphones, the Qi Standard. However, this standard is not only used for mobile phones, but can also charge other small devices wirelessly.

Induction chargers can charge different devices from different manufacturers, even simultaneously depending on the model, without the need for different charging cables. Currently, induction chargers differ mainly in their design and performance. The Qi standard for wireless chargers is always downward compatible, so that all devices can be charged with this standard, regardless of the power they ultimately consume. Modern induction chargers currently have an output of 10-15 watts.

What types of Inductive Chargers are there?

The design of induction chargers for mobile phones differs primarily in terms of their area of application in cars, for example, cordless chargers in the form of a car cradle also play a role in safety aspects. For the home, wireless inductive chargers are available as an upright charging station or as a flat charger for placing the smartphone on the cradle. Special forms are those that have several charging surfaces and are also suitable for Smartwatches or the AirPods. So-called Qi-Powerbanks, i.e. mobile batteries with a Qi charging function, are available for on-the-go use, which can charge mobile phones and other devices contactless even without a socket. The materials also differ: besides various plastic materials, natural materials such as wood & leather or glass are also used.

Recently, this even works with Samsung’s latest mobile phone model, the Galaxy S10. Reverse Wireless Charging”, also known as “Power Share” by Samsung, allows the battery charge of the own smartphone to be shared in order to charge the corresponding Bluetooth headphones wirelessly. Other mobile phones can also be charged via Galaxy S10 without any cables or power connection. This is particularly interesting in an emergency, as the performance is lower than with standard induction chargers. Other wireless chargers are available in the form of pen holders for the desk, built into furniture, alarm clocks or even Bluetooth speakers. 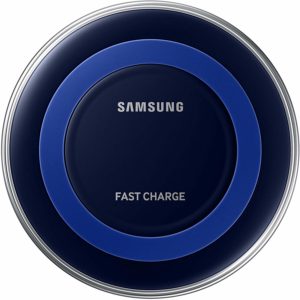 As a pioneer in the field of inductive charging, Samsung has already launched more than ten different wireless phone charger on the market to date, which are characterized by excellent quality and reliable technology. You can find an overview of these here. All of them are recommended for use from 2018 (EP-N5100) older models from Samsung are also reliable in principle, but some have lower performance. Samsung offers models with one loading surface as well as models with several loading surfaces, which can either charge another mobile phone or even a Smartwatch contactless. Here you will find a list of current wireless charging stations from Samsung:

The newer iPhone models from iPhone 8 and iPhone X onwards can also be charged inductively via the Qi standard Apple, however, did not let itself be taken advantage of this and designed its wireless charger. iPhone owners have been waiting in vain for Apple’s own “Airpower Charging Mat” with Qi standard. Many third-party manufacturers have reacted quickly and optimized or retrofitted their inductive chargers to this power level. However, there is also an official recommendation from Apple regarding the use of wireless charging stations, which includes any warranty claims. You can also find all the necessary information on this topic in the article iPhone Wireless Charging. Here are the two official recommendations from Apple regarding wireless charging stations for the iPhone:

In addition to practical aspects of everyday life, wireless mobile phone chargers in cars also focus on safety. Charging cables disappear at critical points and it is no longer necessary to plug in the mobile phone putting it down or placing it when getting in is enough. Due to the high power consumption in navigation applications on modern smartphones, a car charger is indispensable for many users. Here, an inductive charger in the form of car phone holders or for the windshield offers many advantages and is highly recommended.

Car mounts with Qi charging standard are usually attached using suction cups or mounts for the vent. Another design is suitable for car cup holders. The German manufacturer Inbay, for example, also specializes in permanently installed wireless chargers, which usually replace the storage compartment. But the car manufacturers themselves also often offer inductive charging stations for mobile phones as additional equipment about 300 car models of all well-known brands, such as BMW, Audi, KIA or Hyundai have inductive charging devices for mobile phones in their product range

» All Wireless Chargers for Cars

We are curious to see what the future of inductive charging will bring, from chargers for mobile phones in public places to roads that use induction to charge the electric car while driving, everything is conceivable. One thing is certain: wireless charging by induction will be widely accepted in 2022, it will bring many advantages and is ready for use as a technology. Some applications will still require engineering work, but in the field of smartphones and other gadgets, wireless phone charger already has many advantages and is reliable in use. We hope that we have been able to clarify all the important questions and wish you every success in choosing your inductive charger.