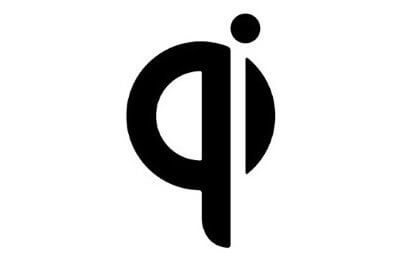 When it comes to wireless charging for smartphones, you quickly come across the term “Fast Wireless Charging”. But what does it mean exactly? And how can you use it? In this article, you’ll find all the info you need about the Fast Wireless Charging standard, which is basically just an extension of the well-known Qi standard for wireless charging of smartphones and other small devices.

What is Fast Wireless Charging? 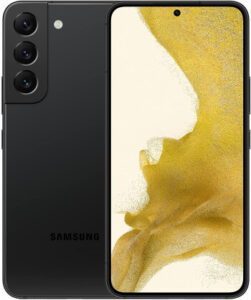 When the Qi standard was developed and launched in mid-2010 by the “Wireless Power Consortium“, which was founded in 2008, it initially appeared in version 1.0 and supported a power of 5 watts. Then, in 2012, the Samsung Galaxy S3 appeared, one of the first smartphones more well-known in this country that was officially intended for retrofitting with wireless charging. However, with the rapidly growing performance of the subsequent smartphones, wireless charging with 5 watts quickly became a test of patience. Even compared to wired charging, the difference quickly became too great, so the WPC had to make improvements here.

At the beginning of 2015, the time had come and the Qi standard with version 1.2 was published. This increased the possible power for wireless charging to up to 15 watts. But the smartphone and Qi charger also had to be equipped and upgraded with it first. The first smartphone with the faster charging standard “Fast Wireless Charging” was the Samsung Galaxy S6 edge+ in 2015. However, it initially only supported 9 watts for inductive charging assuming a suitable Samsung Qi charging station. The first series that was completely equipped with Fast Charge was the subsequent Galaxy S7 series.

It is important to note that the Qi charging station has to be compatible with the smartphone. Therefore, it is advisable to use the charger intended for the respective smartphone by the manufacturer or a compatible device from a third-party manufacturer. Since wireless chargers are basically always backwards compatible, the selection here is not too complicated. A charger that supports up to 15 watts of power can also be used for a smartphone that can only be charged wirelessly with a maximum of 9 watts. Exceptions prove the rule: Apple iPhones have their own power level, for which the Qi charger must also be designed. However, more about that later.

In the meantime, Fast Wireless Charging Qi adapters are available for all smartphones that are not compatible with the Qi standard, which have a power of at least 10 watts. Thus, in principle, every smartphone can also be retrofitted with fast inductive charging. You can find more info about this here.

The list of smartphones that are capable of Fast Wireless Charging is already very long, which is why we only present a selection here. You can find the full list here Fast Wireless Charging is marked in the table. Depending on the model, a power of 7.5 watts up to 15 watts and even more in some special cases (for example, up to 50 watts in the Xiaomi 12) is currently achieved here. 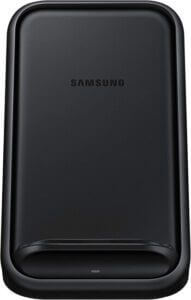 Fast wireless charging was installed at Samsung very early in general, Samsung is considered a pioneer in wireless charging technology. The first model series that was completely equipped with the faster Fast Wireless Charging standard was the Galaxy S7 series with a power of 9 watts. Starting with the Galaxy S10 series, Qi Fast Charging is then supported with an output of 12 watts and finally with the full output of up to 15 watts starting with the S20 series (also called Inductive Fast Charging 2.0 by Samsung) assuming a suitable Qi charging station in each case.

Again, as long as a Qi charger can reach a maximum power of 15 watts and is equipped with a sufficiently powerful power supply, it is basically also backward compatible and can be used with smartphones that also support less power. 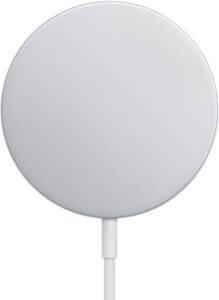 At Apple, inductive fast charging was first offered with the iPhone 8 series (Apple iPhone 8/ 8 Plus/ iPhone X). This series is also the first at Apple that supported wireless charging at all so the initial 5 watt power level was saved here. In terms of power, Apple took a special path back then and reached up to 7.5 watts for wireless charging. Accordingly, the Qi chargers also had to be equipped with this new power level. In the meantime, most modern Qi chargers can also handle this power and reliably supply the corresponding models with 7.5 watts.

Starting with the iPhone 12 series, Apple finally offered its own wireless charger. The so-called MagSafe charger not only had a higher performance, but also the special feature that it was equipped with magnets, which was previously only known from a few car Qi chargers. Equipped with this, iPhones from the 12th series onwards hold firmly to the MagSafe charger, which makes handling even easier in everyday life and provides the ideal charging position. The power of MagSafe chargers increased to up to 15 watts (iPhone 13 mini and iPhone 12 mini excluded), which meant that they could now keep up with the competition. However, a prerequisite for wireless charging at this speed is a USB-C power adapter from Apple with at least 20 watts.

Which chargers are capable of fast wireless charging? 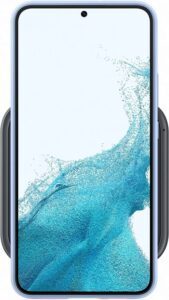 Generally, the wireless charger must also be designed for the respective power level of the phone. However, don’t panic: Most modern Qi chargers are designed for multiple power levels and are generally always backwards compatible. Those who do not necessarily want to use the matching charging station from the same manufacturer only have to make sure that up to 15 watts and possibly a 7.5 watt level for iPhones is supported. You can always find more info about this or for which cell phone models they are designed in the product descriptions.

Since wireless chargers with a higher power also generate more heat, many charging stations with Fast Wireless Charging have small fans installed for cooling, which are, however, hardly audible in the vast majority of cases. This is especially important in the car, where several computationally intensive applications are often used during the charging process, such as the navigation app, telephony via Bluetooth or music streaming. The charging process of smartphones is always stopped or throttled before overheating can occur. Therefore, fans are quite useful in wireless fast charging to avoid interrupting or slowing down the charging process. Wireless car chargers with this technology can be found here.

What is quite useful in most use cases can be quite annoying in the bedroom for some people. For this reason, Samsung offers the option to disable wireless fast charging starting with the Galaxy S10. This can be done in the settings and disables the fan as well as the status LED in Samsung’s own charging stations.

It is also very important to note: A powerful Qi charging station is only as good as your power adapter. So if you take advantage of an offer without an included USB power adapter, make sure to check if the existing version provides enough power. A USB power adapter for fast wireless charging with up to 15 watts should therefore have a power of at least 20 watts.

We also recommend using original accessories (power supply and cable) to prevent possible damage to the charging station and to be able to use the optimal performance. Samsung’s USB power supplies are marked with “Super Fast Charging”. In general, you should use power supplies that are labeled with “PD 3.0” (Power Delivery 3) for USB-C or “QC 3.0” (Qualcomm Quick Charge 3) for USB for fast inductive charging.

We recommend the following power supplies for inductive fast chargers:

What is Fast Wireless Charging?

Fast Wireless Charging is a faster version of wireless charging according to the Qi standard. Both the smartphone and the charger have to be designed for this, whereby both are always backwards compatible. The common power currently ranges from 7.5-15 watts.

What is the performance of wireless fast charging?

The current common power for wireless fast charging is 15 watts, both for Apple and the current Samsung models. Some manufacturers, such as Xiaomi, go even further and offer a much higher power in combination with their own chargers.

Which power supply is needed for Fast Charging?

It is important to use a sufficiently strong power supply for Fast Charging. If it is not included with the wireless charging station, you should use one with the following specifications: PD 3.0 or QC 3.0 with 9V/2.77 A (25 watts) for Samsung and 9 V/2.56 A (20 watts) for Apple MagSafe. or generally with at least 24 watts. However, a suitable power adapter is often recommended for charging stations with Fast Wireless Charging.

Is it possible to deactivate inductive fast charging?

Samsung allows deactivating fast inductive charging starting with the Galaxy S10 in order to disable the fan and the LED display in in-house charging stations. This setting can be found under the following menu item in the S20 model series, for example, as long as it is on a corresponding charging station: Device Maintenance > Battery > Charging.

Can Fast Wireless Charging be retrofitted?

So-called Qi adapters are available for all smartphones that do not support wireless charging out of the box. These are now even available in a higher capacity of 2000 mAh, which means that Fast Wireless Charging can in principle be retrofitted to any non-Qi-capable phone.

Wireless charging significantly facilitates handling with our favorite everyday helpers, but was initially limited to a relatively low performance. With Fast Wireless Charging, this performance increased once again, making inductive charging significantly faster. The current common power level for inductive fast charging is 15 watts. Individual manufacturers also offer more power in combination with suitable chargers, such as Google with the Pixel 6 and Pixel 7 Pro (up to 23 watts). However, that is rather the exception so far. However, these faster power levels could also become standard for wireless charging in the future. In any case, we will keep you up to date!