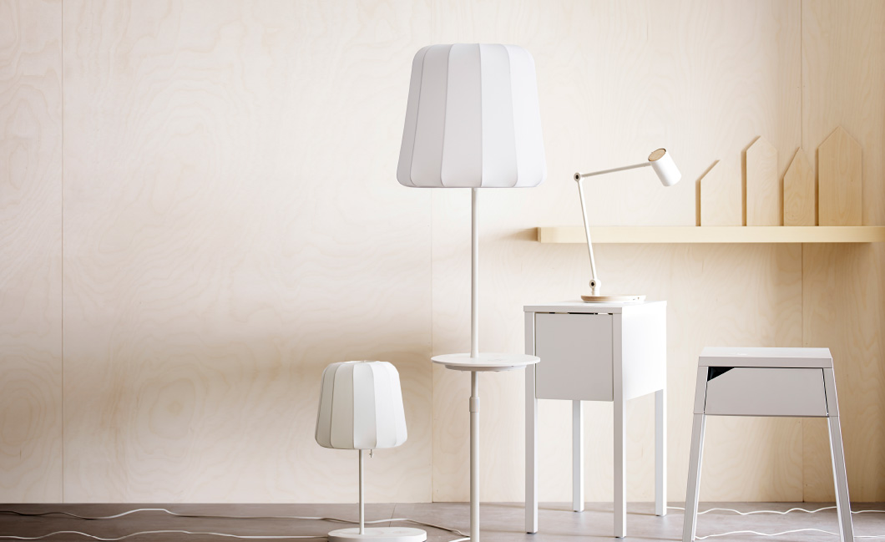 After the Deal with McDonald’s earlier, IKEA supports Qi Wireless Charging as well. In order to offer customers the possiblity to charge their devices wirelessly, the company will work with Samsung and integrate Qi Chargers into their new furniture (“wireless chargers”), which will be available as of April 2015.

IKEA as well as Samsung definetely have the power to cover the big masses and bring Qi into the household of millions of people and thus can help Qi to become even more popular. Besides, this could also be an incentive for other furniture manufacturers to follow the example of IKEA and support Qi as well.

IKEA: Lamps and tables with Qi charging from April. 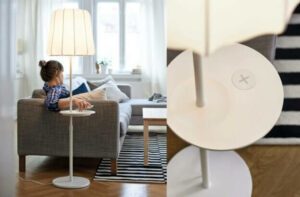 The swedish furniture manufacturer IKEA announces that it will launch its first products with wireless chargers based on the Qi standard in Europe and North America starting in April 2015. According to a press release issued at the Mobile World Congress in Barcelona, the products in question are bedside tables, tables and various lights, each with an integrated Qi charging function. Qi charging plates that can charge up to three devices simultaneously and cases for retrofitting non-Qi smartphones are also to be offered. Prices of the Qi furniture and Qi lights were not announced.

DIY videos with instructions for converting IKEA tables to Qi tables have been circulating on the web for quite some time, and the first Qi desk lamps are also already available. The Wireless Power Consortium showed concept studies on this topic at CES back in 2014. We also already reported about QInside, a company that specializes in integrating Qi chargers into furniture.

Samsung will also present the new Galaxy S6 and Galaxy S6 Edge models at the Mobile World Congress this evening the first smartphone from Samsung with a permanently integrated Qi standard, so that no retrofitting is required. All in all, this is a good time for innovations of this kind and a right decision by the company.

Qi furniture & Qi lamps from IKEA are you still charging or already living?

Jeanette Skjelmose, IKEA Business Area Manager for Lighting and Wireless Charging says: “We know from research and visits to people’s homes that they don’t like tangled cables. Neither do empty batteries because the right charger just can’t be found. Our new, innovative solutions, which integrate wireless charging functions into furnishings, make life at home easier and therefore more pleasant.”

The new design collection with wireless charging will be available in IKEA stores in this country from April 15 and is expected to mark the beginning of a long-term commitment to innovative solutions for the home. IKEA is the first major home furnishing store to implement this standard and offer Qi furniture though not the first “global player” with a penchant for innovation in integrated wireless charging: some hotel chains as well as quick-service restaurants have also already discovered and tested wireless charging technology for themselves, though they have not yet launched it on a large scale.

What do you think about IKEA’s new line-up of furniture? Did / Would you buy furniture which have Qi chargers integrated? Please share your thoughts in the comments below!